Carol Danielson was appointed to TNDC’s Board of Directors in February 2021 and assumed the Vice Chair/acting Chair role in April 2021. Now retired, Carol most recently was the Dease Lake Community Director for the Tahltan Central Government. Prior to that, she worked with the Tahltan Band as the Youth, Family and Community coordinator (administering the Ministry of Children and Family Development’s Building Blocks program), and with TNDC as an accounting manager and board assistant. Carol and her husband ran a highly successful hunting and fishing guide outfitting business within Tahltan Territory for many years. Carol was also a member of the Canadian Rangers military service for many years and was patrol leader for the Junior Canadian Rangers of Dease lake during that time. She is passionate about community service, working with people, families and youth. She was born and raised in Tahltan/Kaska territory, and lived, worked and raised her family in Dease Lake for more than 20 years. Carol’s Tahltan name is Ishkadi DisTs’ eze. She is from the Dekama family, with the Crow clan. 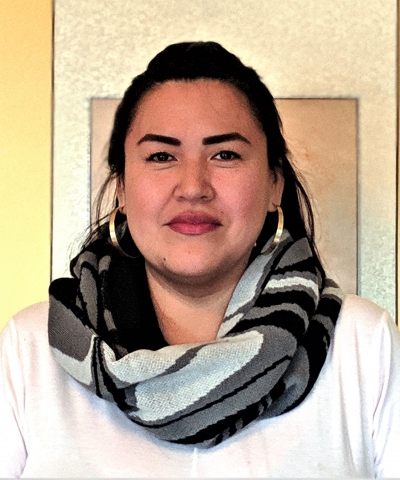 Heather was appointed to the TNDC board in September 2020. She has an extensive career serving the Tahltan Nation in political and volunteer positions. Heather currently works with the Tahltan Band as a Social Development Worker, overseeing operations for social development and outreach programs to the Tahltan Band communities. Previously, Heather served two terms as Vice President of the Tahltan Central Government (TCG) and Fisheries Manager with the Tahltan Band. As well, she has participated in the Tahltan Fish and Wildlife Working Group since 2014. Prior to her work with the Tahltan Nation, Heather transitioned from the exploration and mining sector in administration, haul truck driver and equipment operator positions. She holds an Associate in Arts Degree from Coast Mountain College and has completed an Indigenous End of Life Guide Course. Heather is a member of the Thudga Family.

Chad Norman Day is currently serving in his eighth year and third term as the elected President of the Tahltan Central Government (TCG). Prior to being elected into this position, he was serving as an elected Councillor on the Tahltan Band Council for the communities of Dease Lake and Telegraph Creek. Chad Joined the TNDC board in March 2021.

Chad grew up between Smithers and Telegraph Creek and worked seasonally in the mining industry throughout Tahltan Territory for ten years prior to beginning his political career. He attained a Bachelor of Arts in Native Studies and Political Science from the University of Alberta, followed up by a Juris Doctorate in Law from the University of Victoria.

President Day has led the Tahltan Nation through unprecedented growth with capacity building, finances and governance. He has negotiated several historic agreements with Industry, the Province, neighbouring First Nations, and internally amongst other Tahltan governments. The TCG has been heavily restructured and improved by creating several new departments and increasing the staff from four individuals to a thriving team of nearly sixty people.

Chad takes great pride in inspiring and mentoring others to live healthier lives and he began the Healthy Active Tahltans (HATs) initiative and fundraiser for his people back in 2015. Since that time HATs has raised over $400,000 for Tahltan sports and wellness related initiatives, with the vast majority going towards Tahltan youth in Iskut, Dease Lake and Telegraph Creek.

Lastly, Chad is happily married and takes great pride in his role as an adventurous and loving Husband and Father. President Day and his family spend most of their quality time playing sports or board games, swimming/hiking outdoors, and hunting in Tahltan Territory.

Marie Quock, Chief of the Iskut Band, joined the TNDC Board in March 2021. Chief Quock is currently serving her fifth consecutive term as elected Chief of the Iskut Band. She was elected as the first female chief in October 2005, after having served as an elected councillor beginning in 1996. Prior to her indigenous political career, Marie was employed by the Iskut Band for two decades in various positions, including in social services and accounting and finance.

In her role as Chief, Marie works with the Federal Government (Indigenous Services Canada) and the Provincial Government to facilitate services for the Iskut community. Throughout her tenure as Chief, Marie has negotiated several historic agreements with government and industry, as part of the Tahltan negotiation team. She is actively involved in the 3Nations Governance Table, a partnership between the Tahltan, Kaska and Tlingit Nations that is trailblazing and leading a new best practice in social policy and innovation. In May 2016, she was elected to be the First Nations Health Council Northwest BC Representative by a majority of the Northwest Chiefs, at which she served one term.

Born and raised in Telegraph Creek, Marie attended high school in the Kitimat/Terrace area, returning to Iskut where her family originated from, where she has lived for more than 40 years. Marie is a wife, mother to a daughter and son, and grandmother to four beautiful grandchildren. Her family keeps her grounded and inspires her to do the important work she does.

Carmen McPhee joined the TNDC Board of Directors in March 2021.

Carmen is currently serving her first term as elected Chief of the Tahltan Band and is a former Board Member of the Tahltan Central Government, where she was involved for over 20 years.

As the Tahltan Band Chief, Carmen works with all levels of government, the Tahltan Emergency Management Committee and Tahltan Band Managers to support initiatives for the betterment of her members and community.

Carmen has a Diploma in Human Resources and is now working towards a Degree in Public Administration.

Carmen has lived in Tahltan Territory for most of her life; as a result, she has grown up learning and understanding Tahltan culture and the Tahltan clan system.

In addition, Carmen has conducted significant research on Tahltan Territory and Tahltan Genealogy and has a passion for Tahltan Dance. Carmen loves sharing the vast Tahltan knowledge she feels so blessed to possess.

Kody Penner was appointed to TNDC’s Board of Directors in March 2021. He is currently attaining a commerce degree from the University of British Columbia (UBC), and plans to pursue a career in corporate development within the mining industry, where he wants to make a positive impact by progressing sustainable projects. He has also completed the Canadian Securities Course. Prior to beginning post secondary study, Kody was the employment director for the Tahltan Central Government (TCG) and an underground miner at Brucejack mine. Kody is passionate about educating people on the realities of the mining industry and connecting their values to what the industry has to offer. His experience, both in mining and connecting Tahltans with employers, gives him a working knowledge of what drives people to excel in careers they are passionate about. Outside of school, Kody sits on the implementation committee of the Tahltan Youth Council and worked with the Centre of Training Excellence in Mining (CTEM) skills roadmap Golden Triangle sub committee. He is from the Tahltan Etzenlee family.